Science Shows across China are a global first

Principal Kim Cohen said the 16 students (Years 10 and 11 Science Ambassadors) and five staff presented workshops and Science Shows to schools in Changsha, Chongqing, Chengdu and Beijing, following an invitation from, and sponsorship by, the Chinese Government.

“It was an exciting opportunity for our students and staff to share STEAM knowledge and exchange cultural experiences. It’s just one example of the innovation that underpins so much of what we do here at Saint Stephen’s College. The presentations were extremely well received by the Chinese students, and I am very proud of our staff and students, who travelled there during their school holidays.” 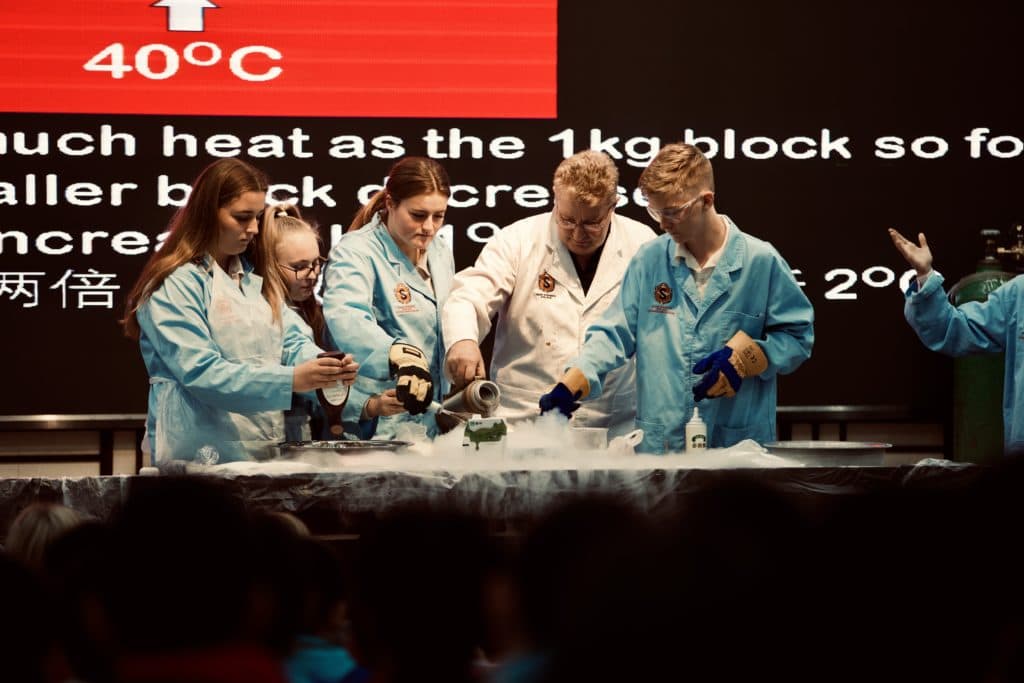 Mrs Cohen said the invitation was due to the success of the College’s popular travelling Science Show that Science Ambassadors present to schools across the Gold Coast.  Established in 2017 by Head of Science Iain Taylor, it aims to promote a love of learning through Science and STEAM. The 15-day tour included science workshops and presentations, formal and cultural experiences and appearances on Chinese television.

“We also managed to see some of China’s best tourist attractions including the Chengdu Giant Panda breeding research base, Beijing Olympic Park (including the water cube and bird’s nest stadium), the Great Wall of China, the Imperial Palace, Forbidden City and Tiananmen Square,” said Mr Taylor.

“In Changsa we visited a 57-storey building erected in 19 days that is carbon neutral in its energy use. This was a great example for our students to see what a career in STEAM can achieve.

“The trip was an incredible experience and a highlight of my 23 years in education. We hope to be able to offer this trip again, with a new set of Years 10 and 11 students. 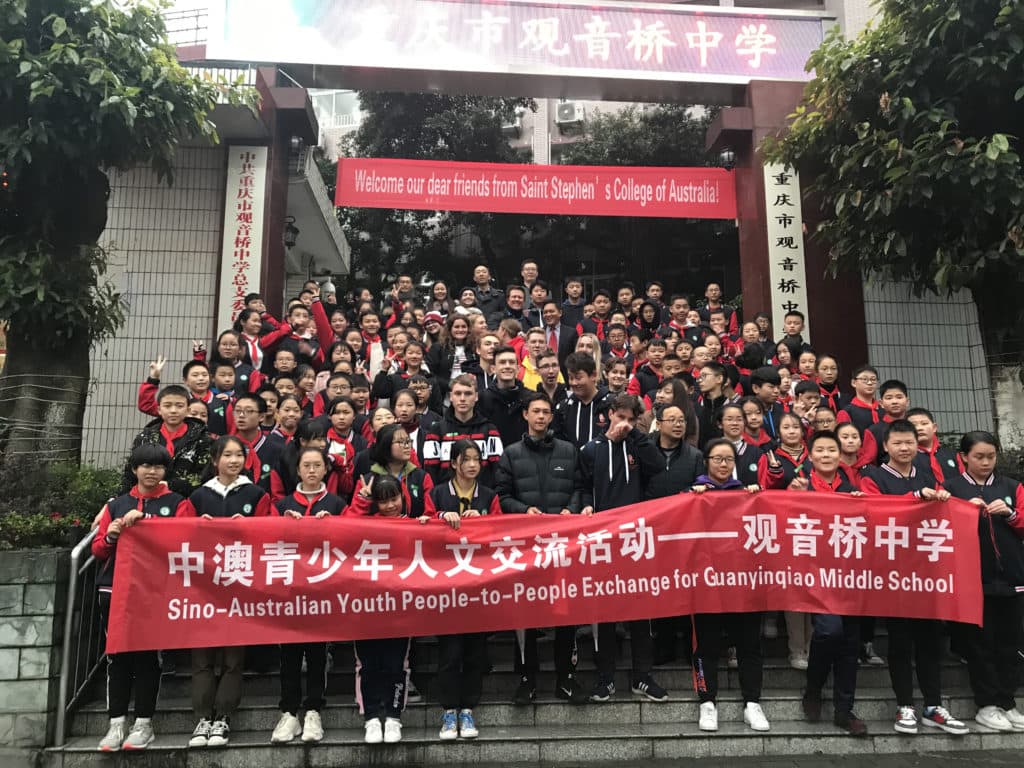 “Each year we have seen our STEAM program and Science Show go from strength to strength.  2019 has set the benchmark for us in terms of STEAM initiatives, and we will continue to explore and innovate to bring exciting opportunities to our students.” 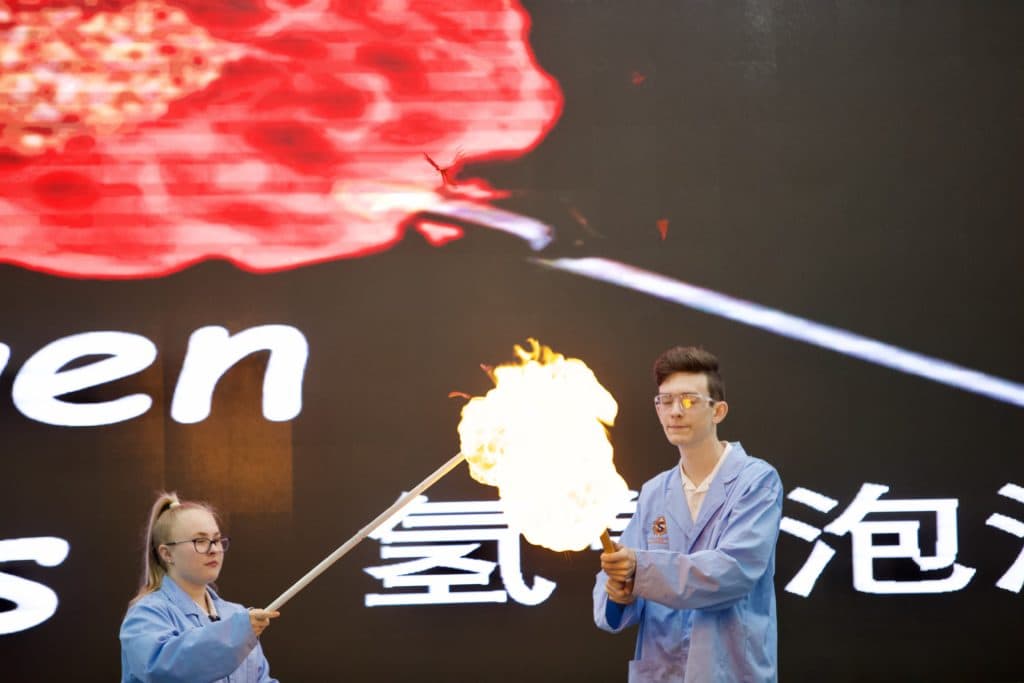 Saint Stephen’s College won the National Best Strategic Plan for 2019 at the Australian Education Awards, and was a finalist in the categories: Best Use of Technology, Best Learning Environment, Best Senior School (Non-Government), Best Teacher (Samantha Reynolds, Head of Arts and Applied Technology) and Best Head of Department (Iain Taylor, Head of Science). The College also made the 2018 Cambridge University Innovation 800 top 100 list globally, Griffith University’s Most Engaged STEM School 2019, and is the only Kindergarten to Year 12 Gold Coast school recognised by the Australian Educator Magazine as a leading innovator over three consecutive years – 2016, 2017 and 2018. 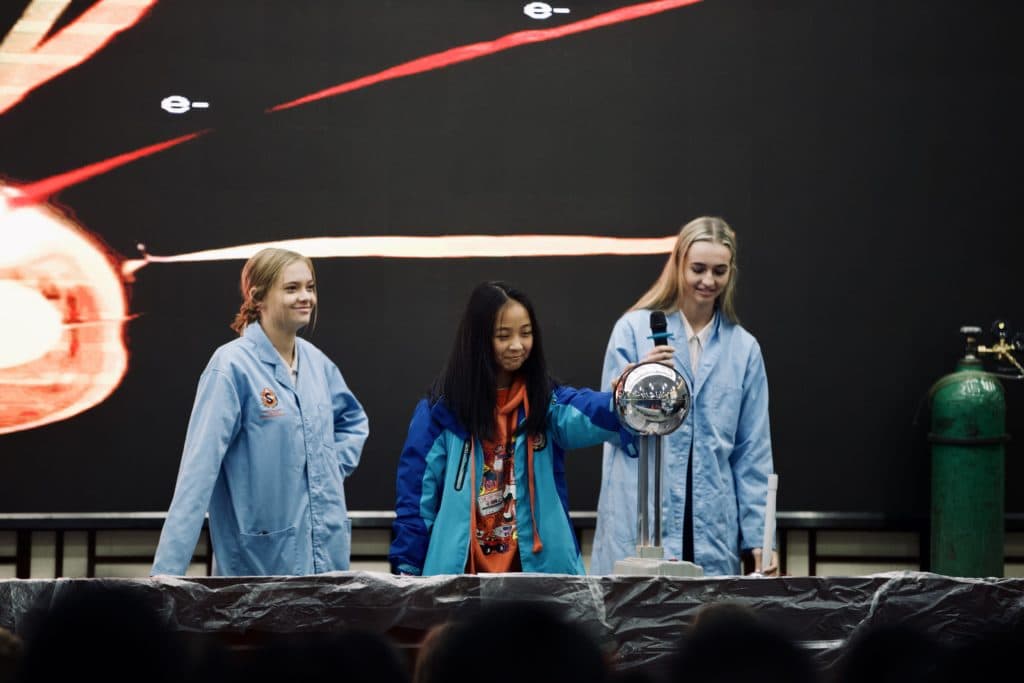